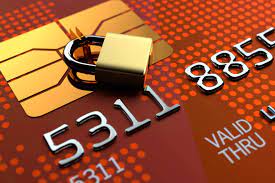 With so much of our banking now done on our computers and smartphones, it’s important that those services are secure.

Every year, we rate the security of the online banking and mobile banking services from major banks and building societies who offer current accounts.

In our latest test, volunteers carried out a series of tasks, while a team of experts from cybersecurity firm 6point6 tested each bank’s defences.

The table below shows how 15 banks and building societies fared for the main factors we tested in September and October 2021. The percentage figures illustrate how important that area of security was to the overall test score.

How do we test digital banking security?

All providers have processes that aren’t visible in the type of testing we carried out – we can only analyse security features available to the customer – but our tests compared banks on the following:

We looked at whether banks support outdated versions of ‘Transport Layer Security (TLS)’, where data is scrambled so that only you and your bank can read it – or whether they have weak ciphers (algorithms for encrypting and decrypting data).

We checked too if best-practice security headers are in place to protect against a wide range of attacks.

And we noted where scripts (programming language) were loaded from external sources. We prefer this to be kept to an absolute minimum because while banks have rigorous due-diligence processes, hackers might compromise third parties.

A bank’s mobile app needs to be able to detect whether it’s running in a safe environment or not. So we tested if apps block analysis tools such as ‘Frida’ – although these tools are useful to security researchers, hackers might also be able to use them to find vulnerabilities.

Banks were penalised if they didn’t meet the latest email security standards. These include DMARC, which stands for ‘domain-based message authentication, reporting and conformance’, and helps your email provider block malicious messages that attempt to imitate your bank.

We also searched for bank domains or subdomains (eg computing.which.co.uk is a subdomain of which.co.uk) that shouldn’t be accessible on the internet or that use outdated – and therefore potentially vulnerable – software.

We rated banks on the information they require for you to access accounts and how easy it is to recover usernames or passwords.

We checked whether they allow you to choose insecure passwords or if they prevent the use of password managers (these help you keep track of multiple passwords securely and avoid bad practices such as using weak/common passwords).

Passwords alone aren’t enough. We awarded top marks if banks ask customers to use a card reader or their mobile banking app to log in every time. Many send a one-time passcode via SMS, but we view this as the least secure way to authenticate customers because criminals are increasingly intercepting such texts.

Setting up a new payee and editing account details should require additional checks to verify it’s really you making changes.

We want banks to send notifications when details are altered to alert you to a potential breach.

We marked them down if these messages included a phone number or web link, as scammers often replicate texts and emails to trick you into calling them or entering your details on a fake website.

If banks never included numbers or links in communications, it would make scam attempts easier to spot.

You should only be able to log in to your bank from one computer at a time. Banks were penalised for poor ‘session management’ if they let us access accounts from multiple browsers or computer networks at the same time – this should be flagged as a potential attack.

We also marked banks down if they allow you to use the forward/back buttons on browsers without asking you to log in again.

Banks should log you out after five minutes of inactivity, but not all of them did in our test. We also want them to allow one-click logout rather than ask you to confirm the decision first. While asking for confirmation meets industry guidance, we think it’s safer to instantly close the session.

What is Strong Customer Authentication?

This involves multiple ID checks such as providing a password plus a single-use passcode generated on a card reader or sent via text message to your mobile phone.

Why is SCA important?

Which? has long called for banks to require a second form of authentication when logging in.

It may seem heavy-handed to force customers to use a second device but passwords alone are not good enough.

Weak login details can be stolen, leaked, or easily gleaned from social media sites and if a hacker penetrated the first layer of defence, they would have access to sensitive details such as payment history and card numbers, which could make any subsequent scam attempts more convincing.

What is Confirmation of Payee?

New name-checking system called Confirmation of Payee (CoP) has been introduced to prevent payments being made to the wrong bank accounts, but not all banks have implemented this vital layer of security.

The six largest banking groups were forced to introduce this new system at the point of payment, by warning customers when the account name entered doesn’t match the account details.

Smaller banks aren’t required to introduce CoP at all though the likes of Monzo and Starling implement it voluntarily. CoP was originally expected in June 2019 but multiple delays meant this wasn’t introduced until 30 June 2020.

Which? wants all banks to sign up for CoP, not just the six largest banking groups, to prevent fraudsters from targeting banks that don’t offer it, and ensure consumers see consistency among all providers. 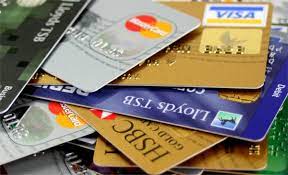 The biggest threat to banking security comes from using a compromised device. And this applies whether you’re using a computer or a smartphone.

Although phones are more easily lost or stolen, you can mitigate the risk by registering for Google ‘Find My Device’ and Apple ‘Find My iPhone’ so that it can be located, locked and even wiped of data remotely if it’s lost or stolen.

It’s difficult to plant a keylogger in an Android or iOS device (software used to track every key you press and potentially steal usernames and passwords).

But mobile banking isn’t risk-free – fakes can turn up in app stores and malware does exist that specifically targets mobile phones. Always download bank apps from the official app stores as these are vetted by Apple and Google, and keep your software updated as manufacturers and app developers will usually release software updates which contain security patches and new security features.

Make use of your bank’s security features too. Thanks to competition from innovative mobile-only banks Monzo and Starling, many high street banks have started to improve app security:

Phone scams – is it really your bank calling?

Telephone fraud, or vishing, is particularly sneaky. Fraudsters call up pretending to be the police or your bank’s fraud department and warn you that your account has been compromised to trick you into revealing your full password, or persuade you to move your money somewhere ‘safe’.

Some tell you to call the genuine number for your bank to ‘verify’ the call, then play a dialling tone while they stay on the line, before posing as your bank and conning you into giving them sensitive information.

They may use cheap software to make the call seem legitimate, for example, number spoofing software displays false caller-ID information to trick you into thinking that their number belongs to your bank or another legitimate business.

Criminals may also attempt to trick you into installing remote-access software (brand names include TeamViewer and LogMeIn) to ‘fix’ a spurious problem. This software is used by legitimate businesses – including the Which? Tech Support team and many IT support firms. But criminals abuse accounts to hack into email and bank accounts.

Call-blocking services and phones offer some respite from unwanted calls but the easiest way to stay safe is to hang up and call back on a phone number you trust such as the number your bank provides on the back of your debit card.

How can you protect yourself against bank fraud?

Criminals are constantly inventing new ways to try to get their hands on your money.

Stay one step ahead by learning these seven ways to spot a scam and follow these ten tips to keep the cash in your bank account safe:

2. Use a phone number you trust

3. Use antivirus software and keep your devices up to date

5. Use a secure network

10. Use ATMs inside the bank

What to do if you’re a victim of bank fraud

Check your account online regularly to spot any irregularities and contact your bank as soon as possible if you think you’ve been a victim of fraud.

Your bank is legally required to refund unauthorised transactions and restore your account to the state it would have been in had the transaction not be made unless it can prove that you’ve acted fraudulently or been grossly negligent.

They can’t refuse to refund you based on a hunch – they must investigate properly – but banks don’t always get this right. Which? Money has obtained exclusive data revealing the card providers handling fraud claims poorly.

If you’re unhappy with the way your bank has dealt with your complaint, you can refer the matter to the Financial Ombudsman Service (FOS).