Gardening jobs for May

May is here, so it’s time to mow the lawn, put out tender plants and get those weeds under control. 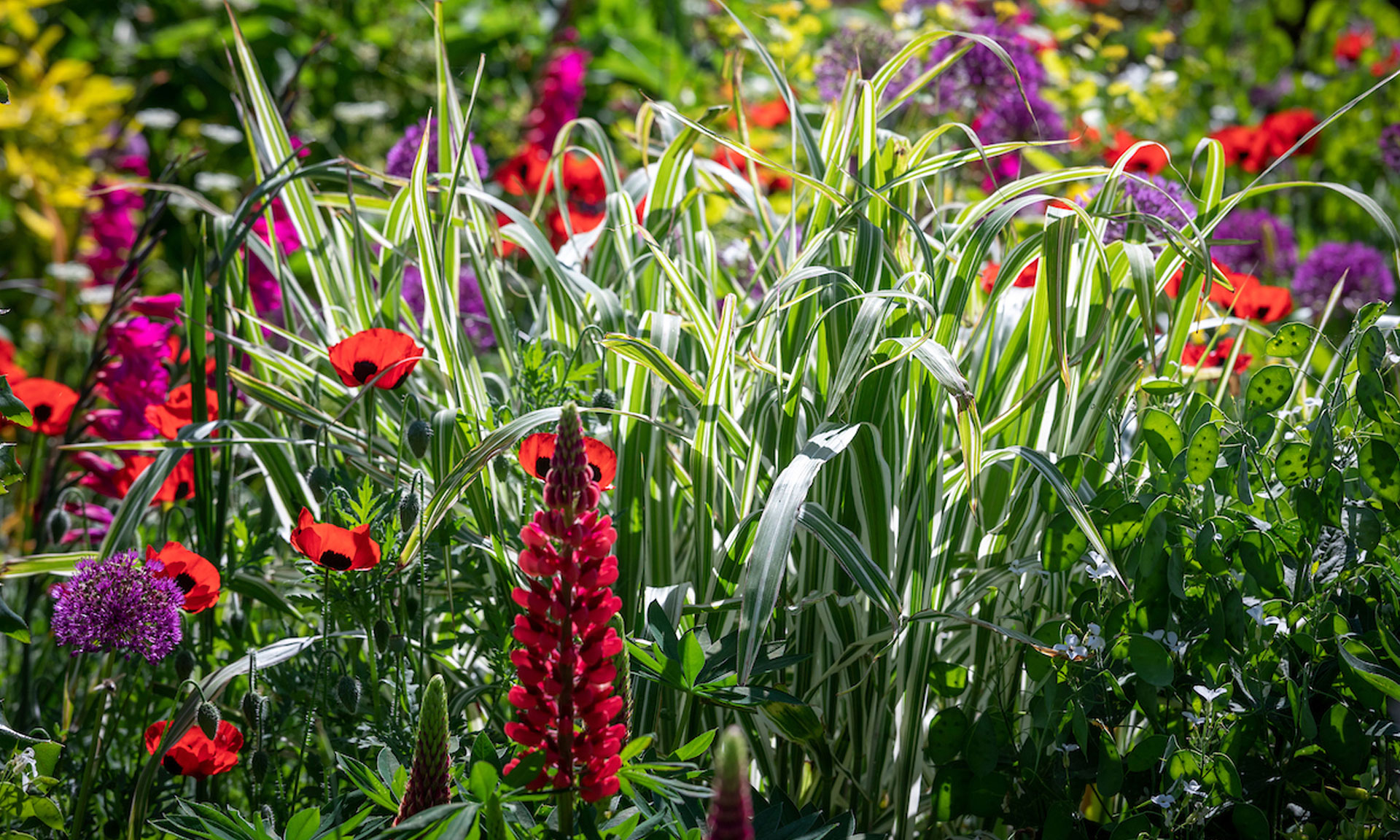 May marks the transition from spring to summer in the garden. The risk of frosts ends in many areas from mid-May onwards, although it can be early June in colder gardens. Once this has past, we can safely move tender plants outside to our patio, borders and veg garden.

Garden maintenance for May 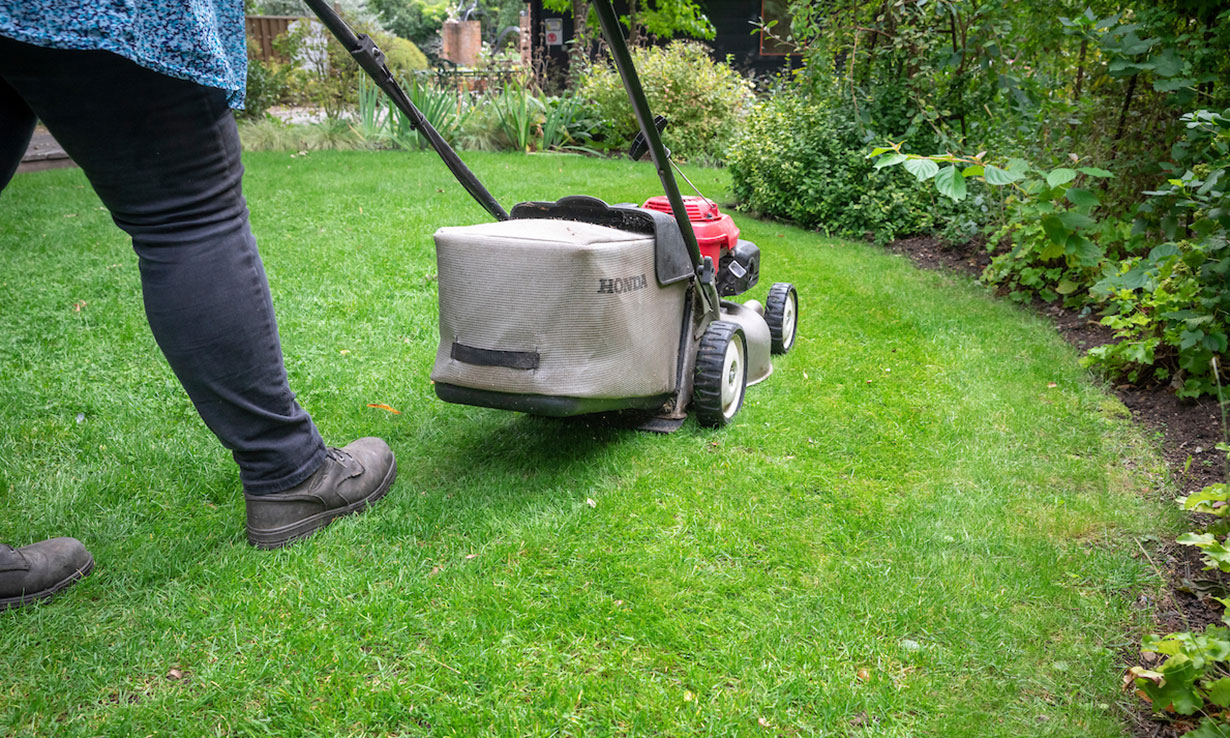 The grass will be growing strongly by now, so if you want a neat-looking lawn you’ll need to cut at least once a week. If you would like to encourage more flowers in the lawn instead, either raise the height of the blades or cut it less frequently so that plants, such as daisies and clover, can bloom and help pollinators. Discover our Best Buy lawn mowers

Watch out for frost

May is the month to remove fleece covers from your veg, but have some at hand to cover newly planted or tender plants if frost is forecast. Hanging baskets, patio pots and tender border plants can also be moved outdoors once the danger for frost has passed. The later into May, the less likely it’ll occur, but a late frost could strike and blacken foliage and flowers.

Any veg or flowers planted this spring will need regular watering while it settles in and puts down roots into the soil, especially during dry weather. This also applies to any new turf you may have laid. Try a Best Buy hose

A dry day is the perfect opportunity to kill weeds by hoeing them. Sharpen the blade of the hoe beforehand so that it will efficiently cut through thick stems. Hoe regularly, even if you can’t see any weeds, as it will disturb even tiny weed seedlings and stop them in their tracks.

It’s best to wait until May before sowing French or runner beans, so they’re ready for planting at the end of the month. Plants sown too early will turn yellow if planted out early in May and will struggle. Learn how to grow runner beans and French beans

Tomatoes for the greenhouse can be planted at the start of May; ones for outdoors can go out later in the month when the danger of frost has passed. Indoors, you can grow them direct in the greenhouse border or in pots of a Best Buy compost for containers or growing bags. Plant them deeply as they’ll make roots from the lower stem. Find out how to grow tomatoes

Leeks that were sown last month can be planted outdoors. Allow around 30cm between rows to make weeding easier, and space plants at 15cm-intervals for full-sized leeks. If you’re short of space, plant closer together and harvest alternate plants as baby leeks, leaving the rest to grow on to maturity.  Learn how to grow leeks

Finish planting maincrop varieties, such as ‘King Edward’, by early May for crops in late summer/early autumn. Plant the tubers 40cm apart in rows that are 60-75cm apart. Find out how to grow potatoes.

This month, sow: courgette; dwarf and climbing beans; leaf beet; chard; beetroot; lettuce; basil; winter brassicas, such as Brussels sprouts; and spring onions. Sow leeks and winter squash, and cucumber for outdoors by early May; and swede at the end of the month. 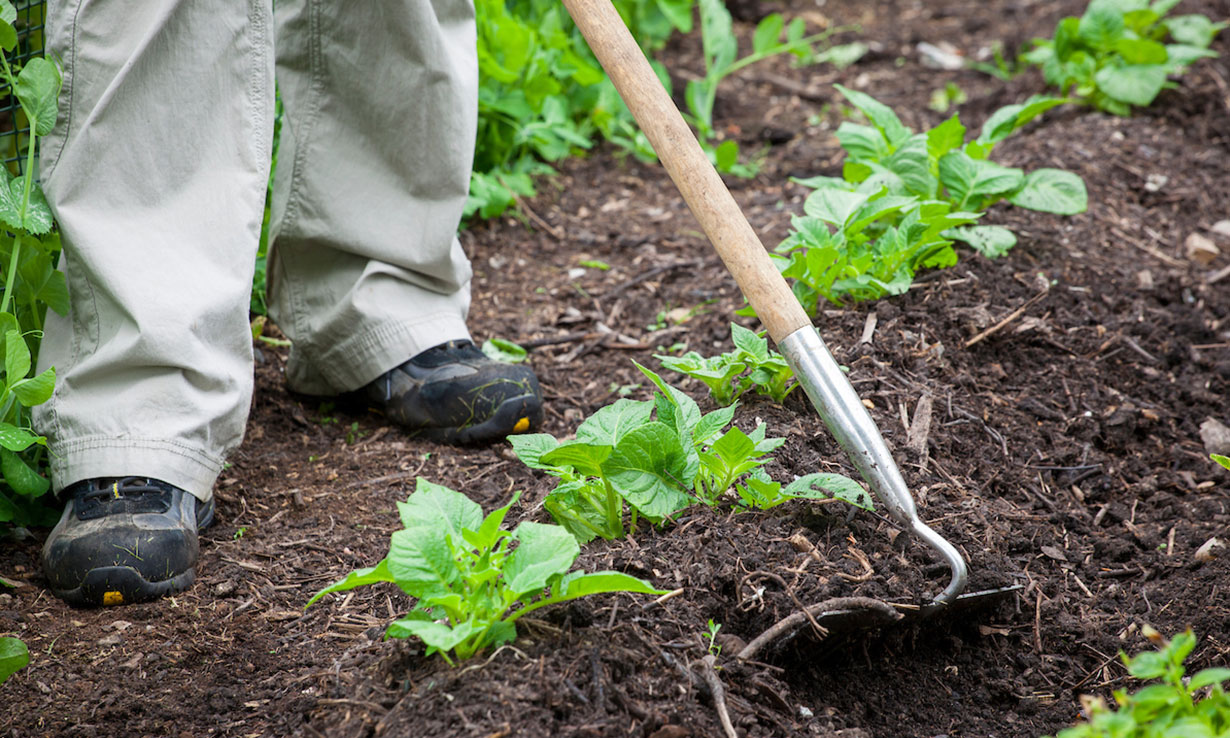 Avoid potatoes turning green or being damaged by frost by covering the emerging leaves with soil or compost.

Whether sown in late summer or late winter, spinach naturally wants to flower (bolt) in May and June, so it’s best to pull up the plants and put them on the compost heap. Spinach can next be sown in August for crops from autumn to spring. 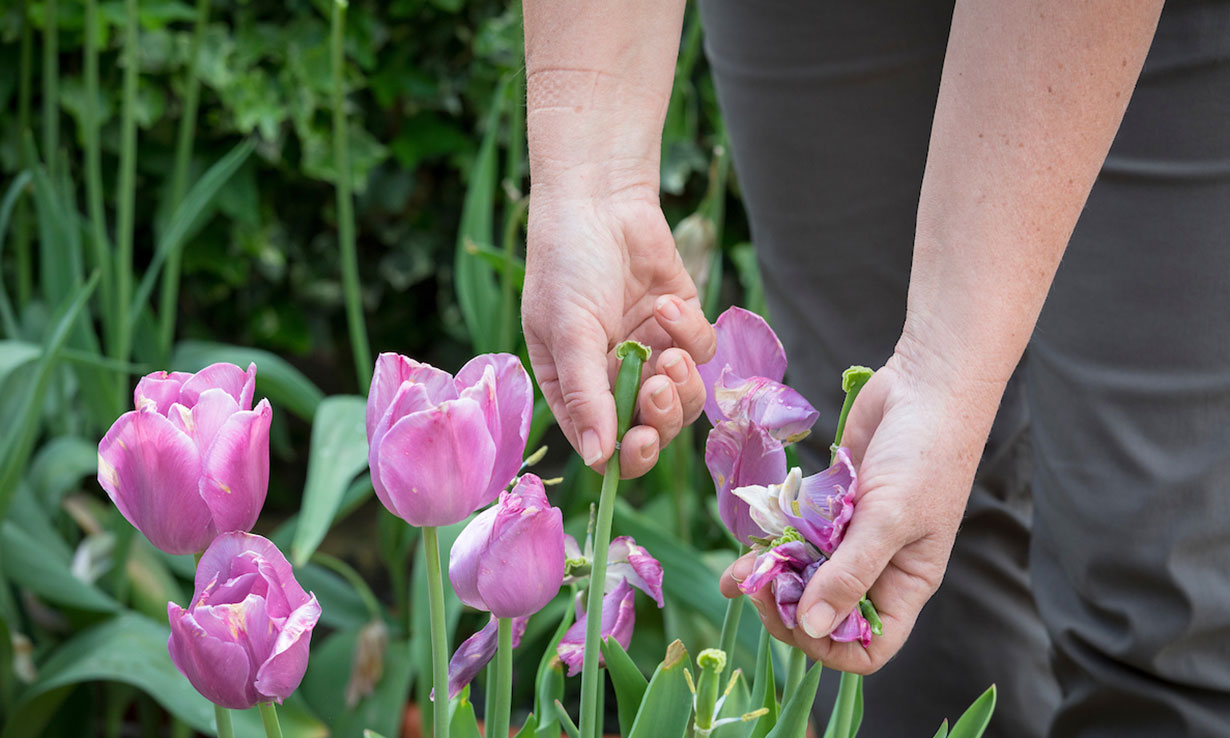 You can encourage your tulips to flower again next year by feeding them with tomato feed and removing any flowers that have faded. Bulbs in pots are best removed from the pots after they have finished, and then replanted deeply (around 15cm deep) in the border. Ones that are left in their pots tend to produce lots of small bulbs that produce leaves, rather than flowers, in their second year.

Perennials put on a lot of growth in May, so keep an eye on your plants and tie them in to supports as they grow, or you can insert ready-made supports around them. Doing so will save any heartbreak later down the line when windy weather could snap the stems before they come into flower.

From mid-May, dahlias can be planted outside. Put in a sturdy stake so you can support them as they grow, and make sure to mulch around your plants. Watch out for slugs and snails, which love dahlias’ young growth. Learn how to grow dahlias

Get more colour in May

If your borders are looking a little dull at the moment, try planting any of the following: Geranium pratense; Galega officinalis; Ceanothus ‘Concha’; astrantia; geum. Make sure to water them in well and keep watered during dry spells over the coming months. Discover our Best Buy hardy geraniums

Peonies dislike dry weather in spring, so give them a good soak during spells without rain.

Mix a Best Buy compost for containers with a Best Buy controlled release feed and fill your container. Three plants should fill a 35cm-diameter basket or pot, but you can add more, especially in a mixed basket.  Water well and only put outside once the danger of frost has passed in mid to late May.